Here is an outline of some of the projects we are working on. Some of them are just sketches and have no release date, others are games that are quite tested and others are ready to be printed. Had we not endured the high cost overruns in shipping, surely some of them would have been published by now.

The following is a very concise description of each project:

The first upcoming expansion. I will reveal little for the time being, but soon there will be images (new tiles, standees, equipment, spells...). We are translating texts to show the files in both languages. There are really going to be many more equipment options, common and special objects are going to be much more abundant! And magic... well,spellcasters will count with  4 new spells for each lore. Weaponry will increase too, and there are some new interesting professional skills, new travel events, new races...

A skirmish and exploration game for different groups of adventurers that play in the same scenario, having to compete to achieve the mission while overcoming obstacles, fighting against creatures as well as their rivals. Can you imagine a group of heroes managing a small deck of Dark Player cards to hinder the opposing group's advance? A game where tactics, exploration and combat will be equally important.

A skirmish game with factions - do you remember DUN includes 54 different factions? Well, actually, I think this will also appeal to fans of miniature (or standees)wargames. Build a band of 45 Value Points (using the values in the Bestiaries), choose a leader, evolve your characters and creatures, with a multitude of possible scenarios and missions...

The spiritual journey of a puppet towards uncertainty, mystery and fear in a cold world in crisis.

This comic has already been published in Spanish by Glénat. We hope to be able to present it in several languages, as well as a reprint in Spanish.

A game for the youngest children to learn traffic rules and road safety while using logical reasoning and elementary mathematics.

DUN in the 22nd century? Wastelands, violent gangs, abandoned cities and strange creatures that proliferate as a mysterious disease spreads from a number of colossal monoliths.

Civilizations and battles in the world of Arasca. Build your army, build castles, negotiate or fight.

Greetings to all and thank you for your support! We are still going strong! 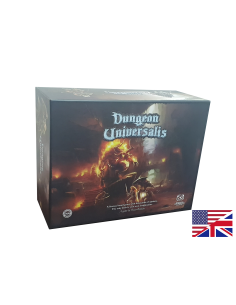 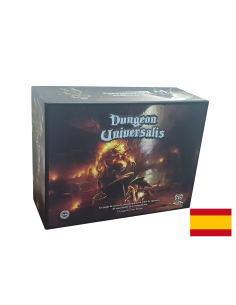 Save products on your wishlist to buy them later or share with your friends.

We use our own and third-party cookies for analytical purposes and to show you personalized advertising. You can obtain more information HERE. You can accept all cookies by pressing the "accept" button or configure or reject their use by pressing "configure".